Rev. John Magner was ordained to the priesthood by Bishop William Crean for service in the Diocese of Cloyne on Sunday 25th June in St Colman’s Cathedral, Cobh.

Below are some photos (courtesy of photographer John Finn, Carrigtwohill) that capture the event.

Below the photos is a profile of Fr John. 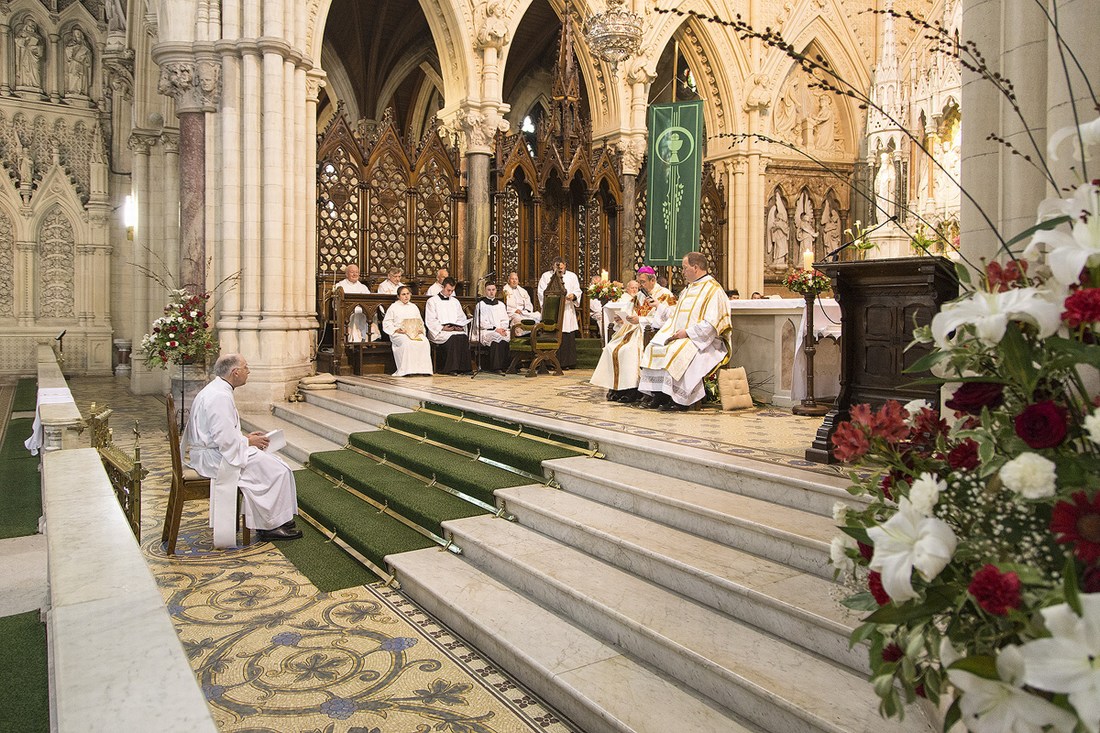 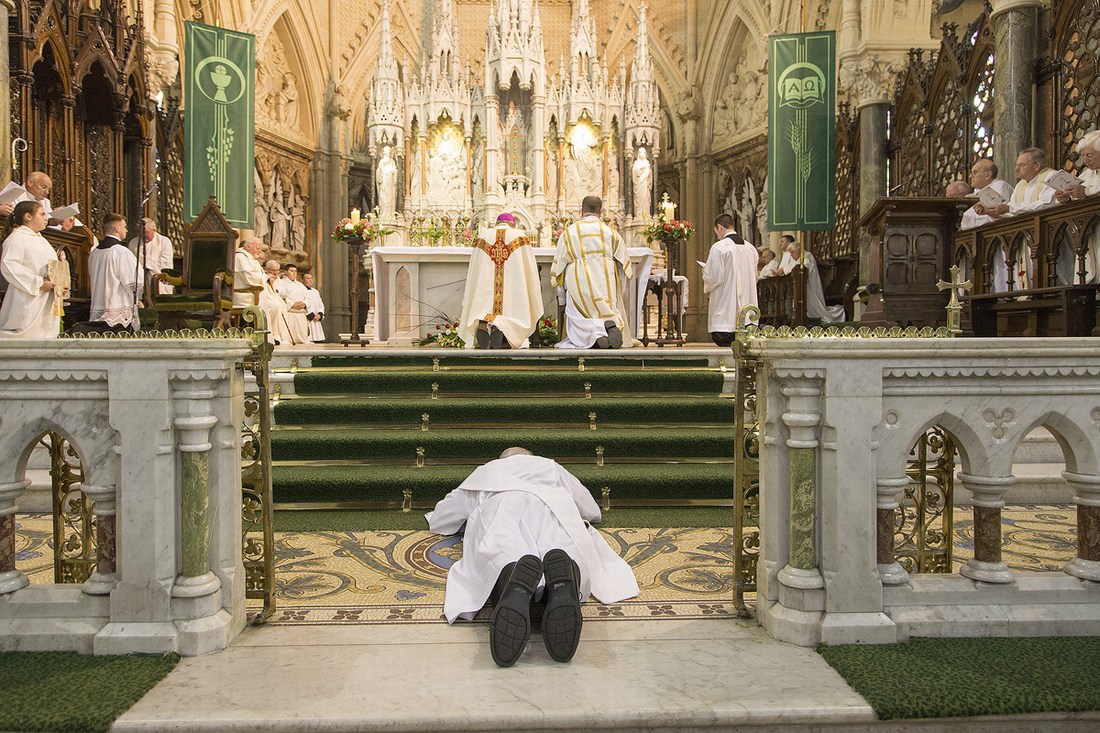 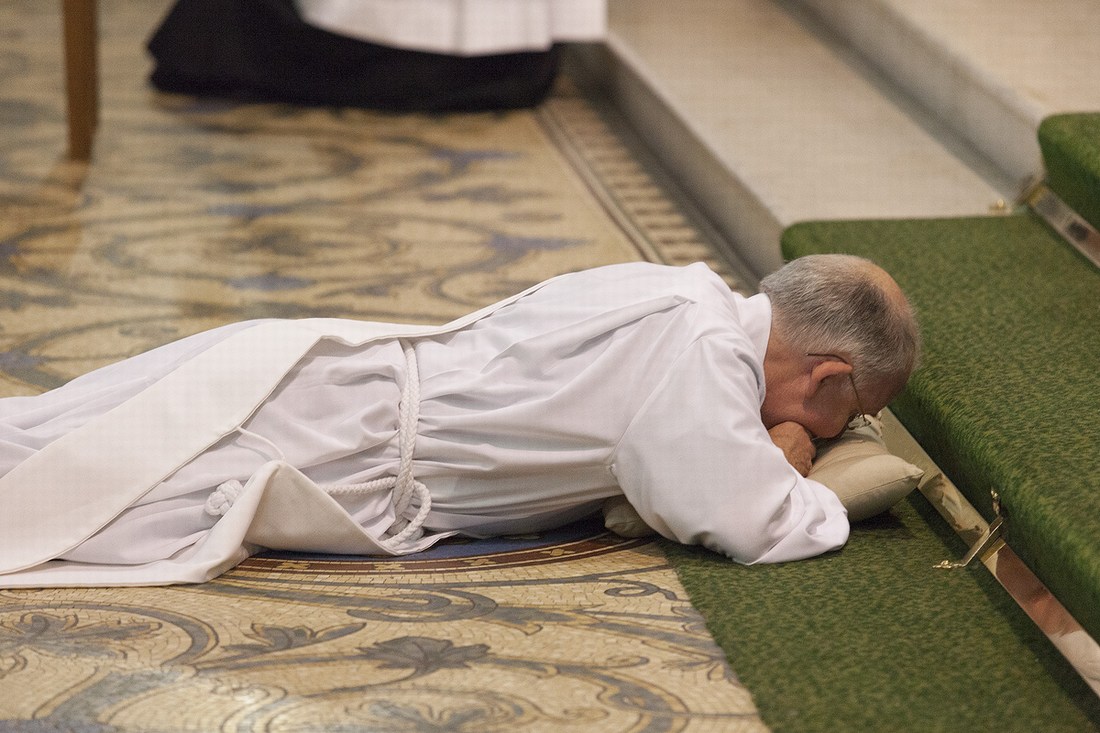 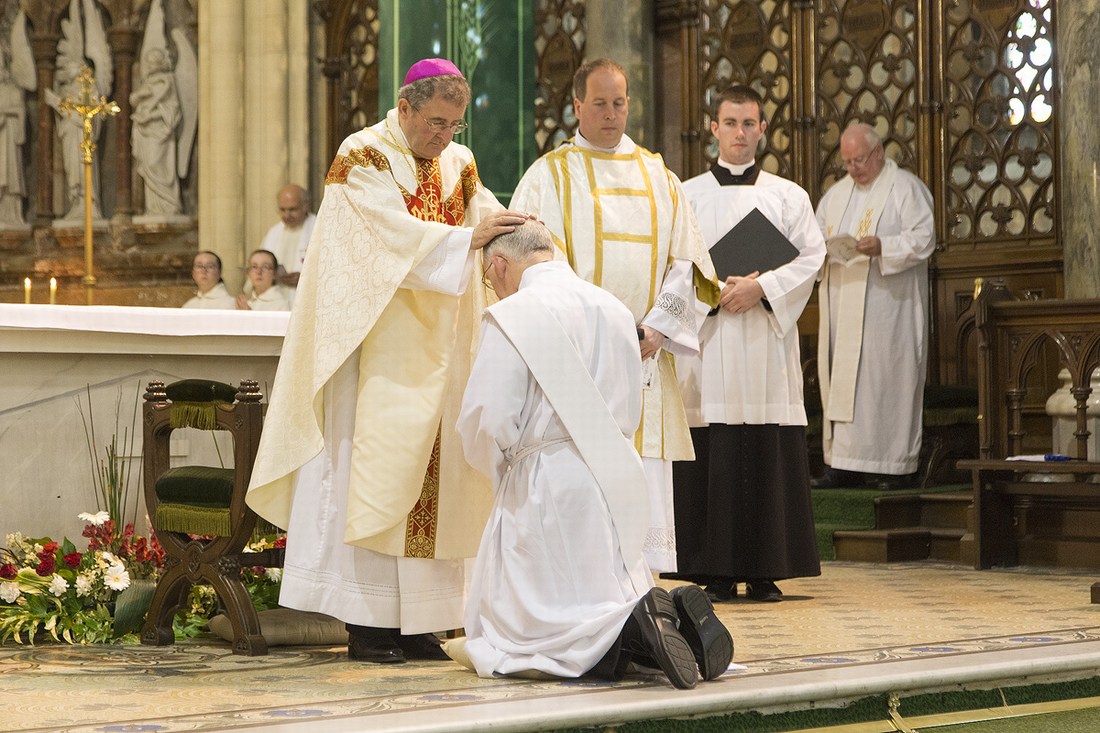 Rev. John kneels before the Bishop who in silence lays his hands on his head. This action conveys the gift of the Holy Spirit and signifies the transmission of Christ’s priestly power unbroken in succession from the apostles down the centuries. 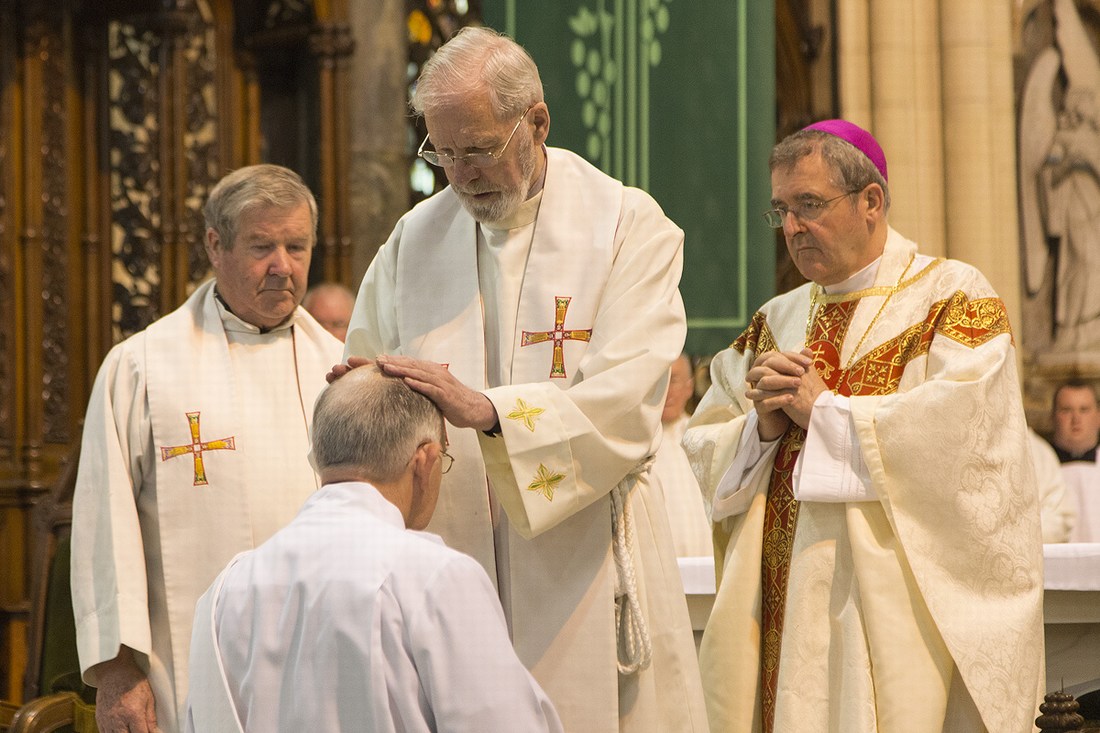 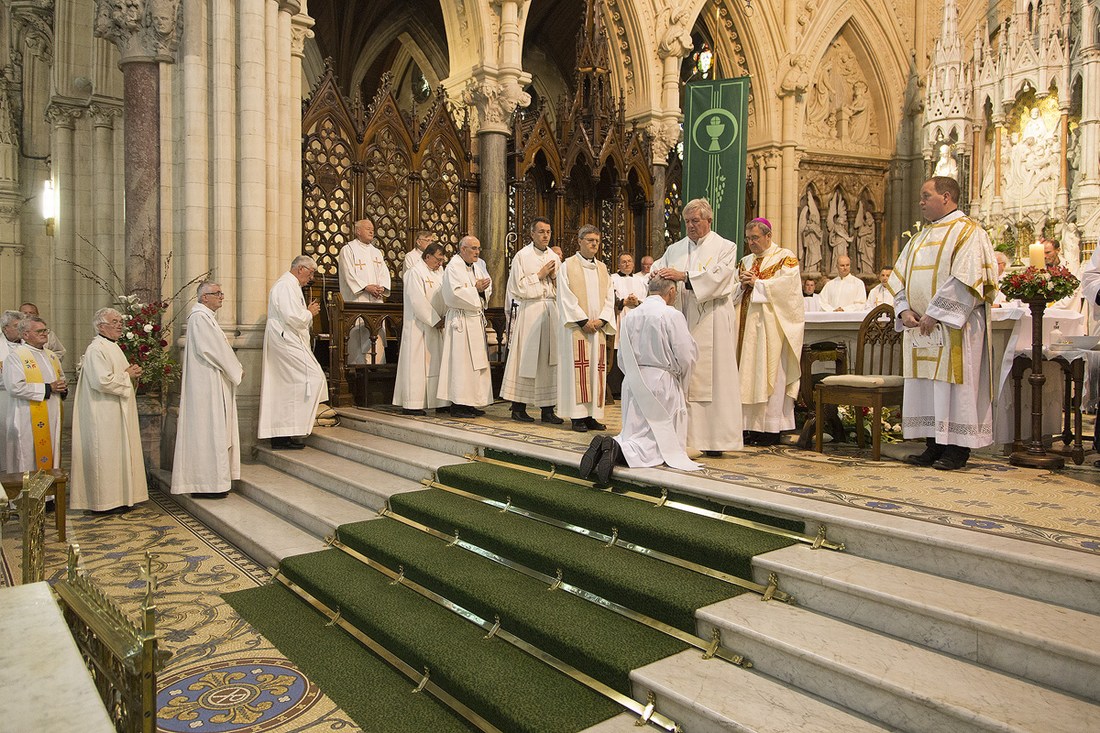 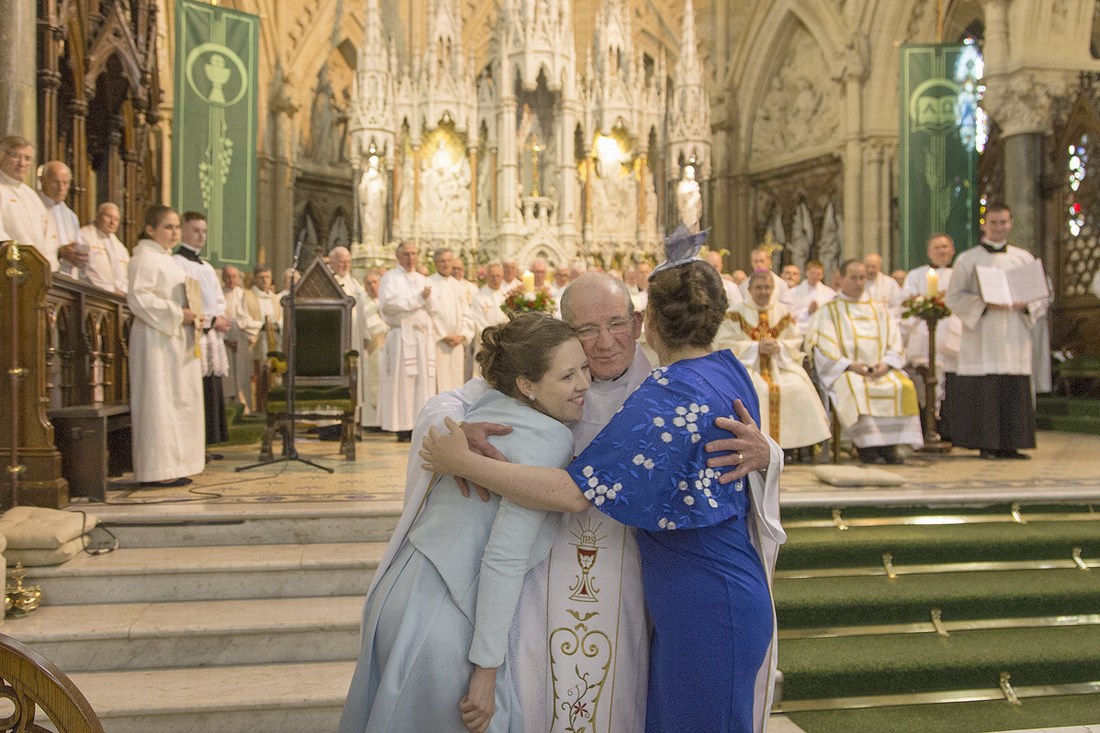 John is vested with chasuble by his two daughters Emily (left) and Gemma (right). They then embrace their father. 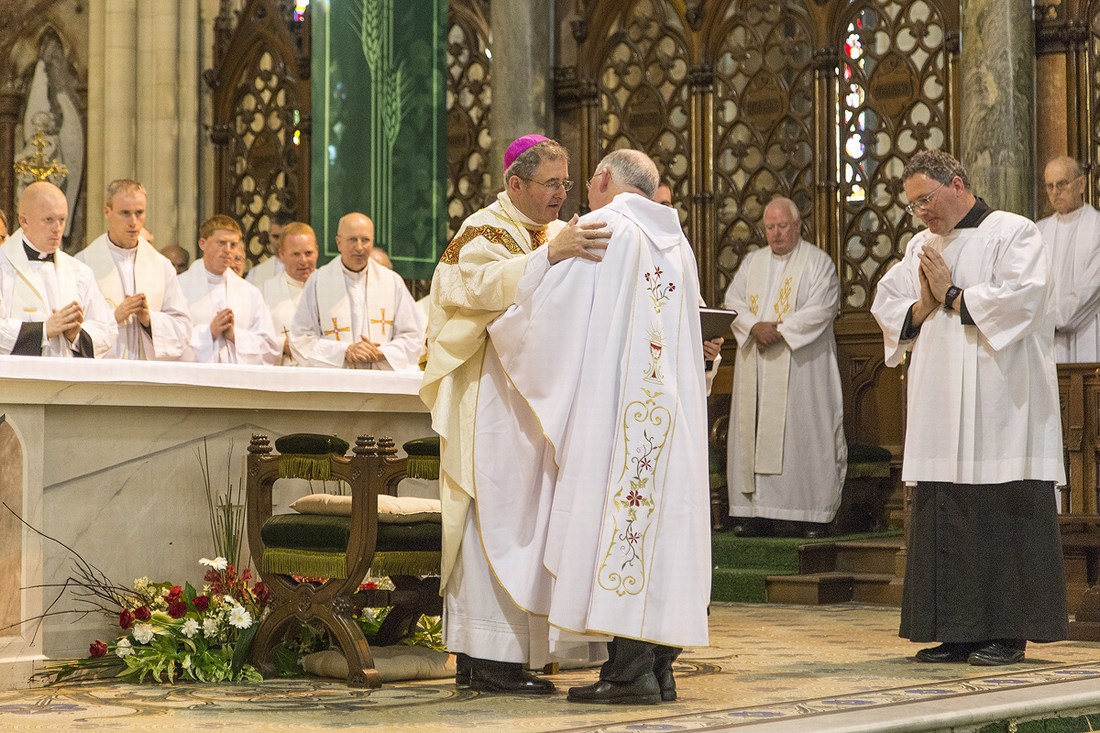 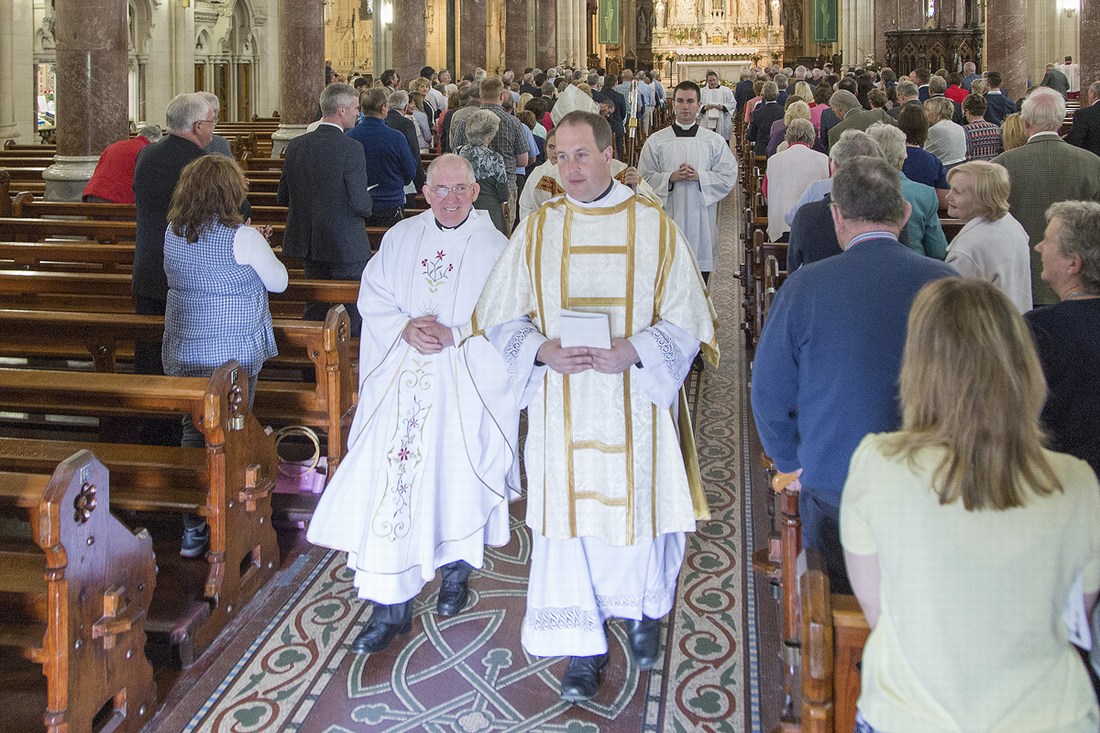 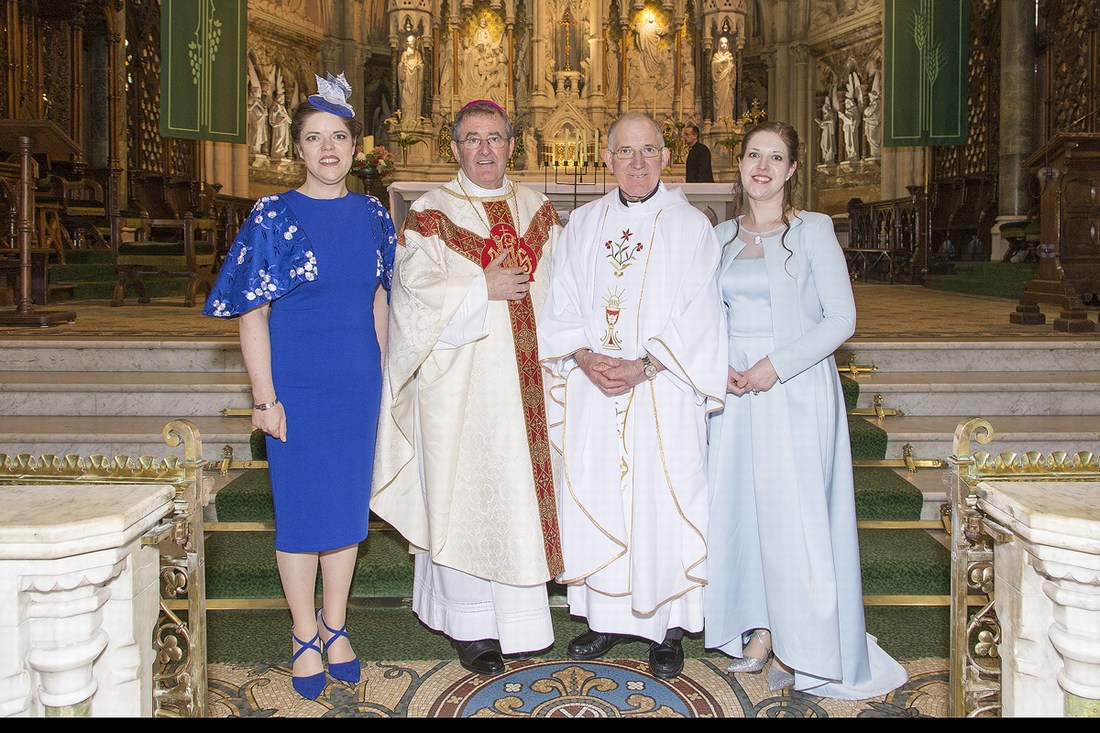 John is a native of Castletownroche, born into a farming family. Up to his ordination to priesthood, John had been living in Whitechurch, Co. Cork. He received his primary education in Castletownroche National School and his secondary education in both CBS Doneraile and St Colman’s College, Fermoy. In 1964, at eighteen years of age, John entered the seminary at St Patrick’s College, Carlow, for formation to the priesthood for the Diocese of Cloyne. He did not complete his priestly studies at that stage, however, and some years after leaving seminary he met and married Maria O’Mahony, being further blessed with two daughters, Gemma and Emily.

John spent most of his working life as a credit controller. He held this position with Sunbeam Ltd Cork for fifteen years. John was a director of Blackpool Credit Union for seventeen years fulfilling roles such as honorary secretary and chairperson. For the last eleven years of his working life he was employed with the Credit Union as a fulltime credit controller. Much of this work involved providing financial counselling to people who were experiencing financial difficulties. He was also chairperson of the Parents’ Association of a local National School.

Sadly, John’s beloved wife Maria passed away in 2005. In 2012, John applied to the Diocese of Cloyne to resume his studies for the priesthood. His application accepted, John undertook Philosophy and Theology studies in St Patrick’s College, Maynooth, finishing his Baccalaureate in Divinity in 2017. John was ordained to the Diaconate by Bishop William Crean on Sunday, 29th May 2016 in St Patrick’s College, Maynooth.

John was ordained to the priesthood by Bishop William Crean in St Colman’s Cathedral, Cobh, on Sunday 25th June 2017.

During the ceremony, Bishop Crean announced that John’s first appointment will be to serve in the parish of Kanturk.