You are here: Home › News from the Diocese › Pope John Paul II Award 10 Year Celebration in Knock – Diocese of Cloyne represented
Posted: May 1, 2017

On Wednesday, April 5th 2017, students from Presentation Convent Secondary School, Charleville and The Sacred Heart School Clonakilty travelled to Knock in Co. Mayo to take part in the day of celebrations for the 10th anniversary of the Pope John Paul II Award. The Sacred Heart School, Clonakily although they are in the neighbouring diocese of Cork & Ross, have been participating in the Pope John Paul II Award since the Diocese of Cloyne launched them in 2012. It was a very early start for the students from Clonakilty as the bus was leaving at 5.30am but that most certainly did not deter 7 young ladies and their teacher Ms Sinead Mangan from travelling. 7 young ladies joined the bus in Charlevile from the Presentation Convent Secondary School. The atmosphere on the bus was electric with both schools getting to know each other.

Over 1000 young people from across Ireland representing 18 dioceses were in attendance. The Bascilla was buzzing with the energy from all the young people. The morning was broken down in a time for song, prayer along with guest speakers and discussion questions. The guest speakers were Elma Walsh, Mum of the late Donal Walsh. Donal touched so many lives when he appeared on the Late Late Show encouraging young people to live their live to the full. Niamh McGlinchey was the other guest speaker who completed the Pope John Paul II Award in 2009. The music on the day was provided by Elation Ministry. Bishop Donal McGowan of Derry who is the patron of the Pope John Paul II Award was chief celebrant at the Celebration of the Eucharist. Many young people participated from the different diocese as well as Rachel Hodnett who was involved in the offertory procession and Chantal Haynes who carried the Diocese of Cloyne banner at the entrance procession for the diocese of Cloyne. To see so many young people gathered in one place bearing witness to their faith was so inspiring and gives renewed hope for these young people to get involved in their Church and community. 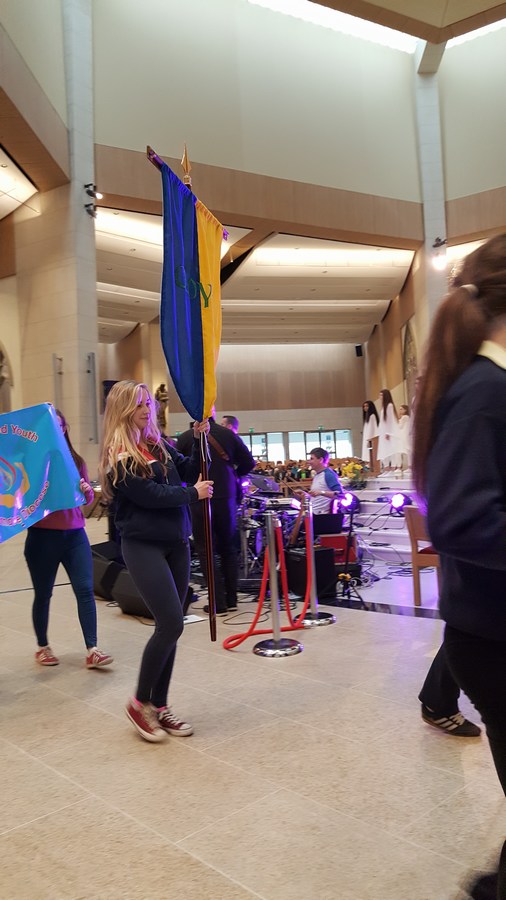 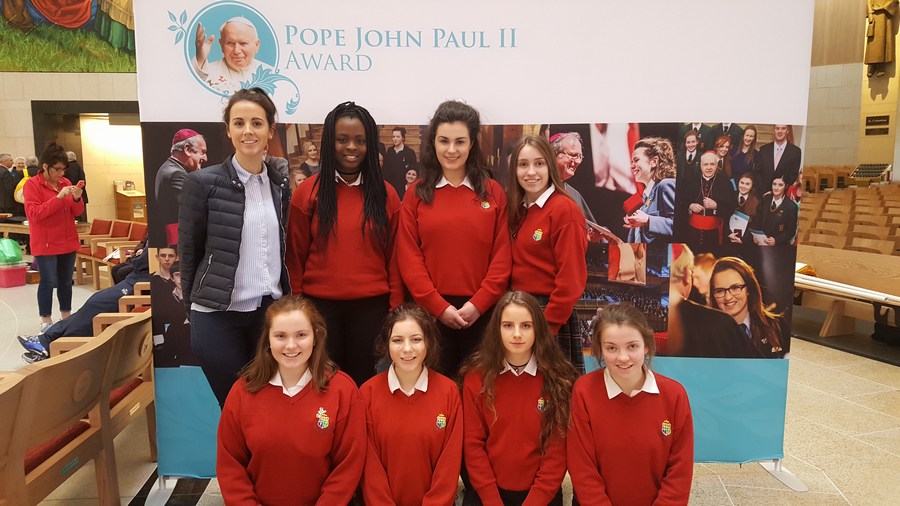 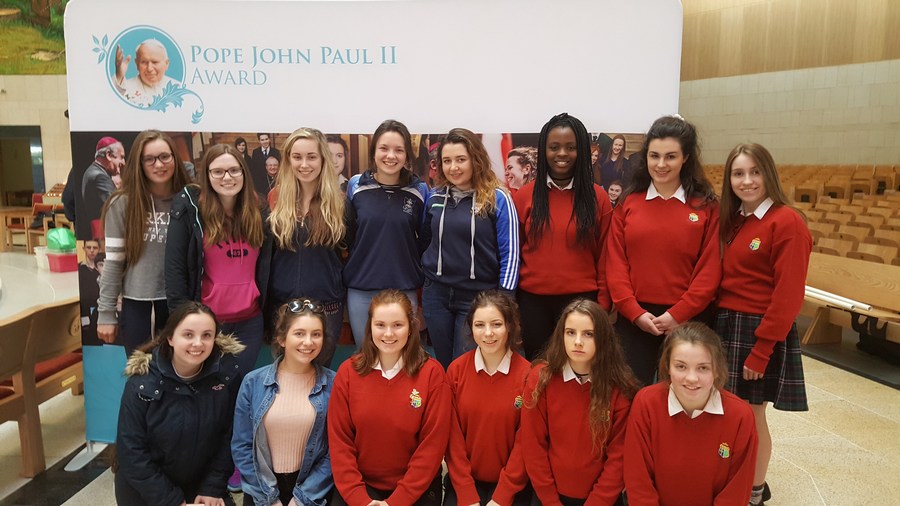