Video of Mass celebrated by Bishop William Crean – Diocese of Cloyne Pilgrimage to Knock, May 14th 2017

The poet Brendan Kennelly in one of his poems entitled “The Stones” tells the story of an old woman Nellie Mulcahy who was used by mothers to instill fear in their children.

Worried mothers bawled her name
To call wild children from their games.

Her name was fear and fear begat obedience,
But one day she made a real appearance –
A harmless hag with a bag on her back.
When the children heard, they gathered together
And in trice were stalking the little weary traveller –
Ten, twenty, thirty, forty.
Numbers gave them courage
Though, had they known it,
Nellie was more timid by far
Than the timidest there.
Once or twice she turned to look
At the bravado-swollen pack.
Slowly the chant began –

One child threw a stone.
Another did likewise.
Soon the little monsters
Were furiously stoning her

Whose name was fear.
When she fell bleeding to the ground,
Whimpering like a beaten pup,
Even then they didn’t give up,
But pelted her like mad.
Suddenly they stopped, looked at
Each other, then at Nellie, lying
On the ground, shivering.

Slowly they withdrew
One by one.

Silence. Silence.
All the stones were thrown.

Between the hedges of their guilt
Cain-children shambled home.

Alone,
She dragged herself up,
Crying in small half-uttered moans,
Limped away across the land,
Black bag on her back,
Agony racking her bones.

Between her and the children,
Like hideous forms of fear –

Between her and the children

My friends, these times are marked by great levels of anxiety and hideous forms of fear.  Even recent history is full of examples where fear and anxiety is stoked and exploited by fabricated “bogey men and women”.

Our recent history is a disturbing demonstration of that dynamic being played out in relation to the Catholic Church and its participation in the public sphere.  We have witnessed so many in the public discourse whose stance verges on incitement to hatred.  All the while calling for tolerance and respect for difference.

Stones have long been an instrument to silence voices that are counter cultural.  Those stone are fashioned from a multiplicity of strategies.  Once labelled irrational, irredentist and fanatical you are well boxed in, caged and muted.

It is startling to witness such naked anti-Catholicism.  It is disappointing to see so many political voices acquiesce by their silence.  Leadership by a coordinated mob is still mob rule and the individual believer counts for naught.

In these Easter days, the Acts of the Apostles puts us in touch with the exciting spiritual dynamic of its earliest days.  To-day we need to recapture that spiritual dynamism to enable us withstand the unprecedented onslaught on the public witness to the Catholic faith in Ireland.

For us believers “the Lord is the living stone rejected by men but chosen by God” so St. Peter reminds us in our 2nd Reading. – he continues: “See how I lay on Zion a precious corner stone ….. the man (one) who rests his (their) trust on it will not be disappointed”.  That means that for you who are believers, it is precious.

This stone that is the Lord Jesus, is the foundation stone for our shared life journey.  This stone is a bedrock of goodness, not an instrument of violence or hatred.

Do we not need to think anew about the nature of the national discourse around the kind of society we are fashioning?  We readily query why the State isn’t providing every possible kind of service, forgetting the State is a neutral entity.  It is we the citizens who empower the State to act in our name.  And lest it be forgotten, Catholics are tax payers too.

“Do not let your heart be troubled. Trust in God still and trust in me”

So begins Jesus’ discourse in the Gospel on our destiny in him. He is our destiny as well as our guide – “I am the Way, the Truth and the Life.  No one can come to the Father except through me”. My friends we’ve come to Knock, this sacred space of divine revelation and affirmation.  We come with gratitude for the assurance of God’s love through Mary, the greatest disciple, whose heart was pierced as she accompanied the Lord through all his trial and affliction. In times when our discipleship is tested by the stones of ridicule and dismissal, may we be renewed in faith and perseverance.  May we continue to love and respect those who do not share our faith and differ from us.

William Crean, Bishop of Cloyne, Pilgrimage to Knock, May 14th 2017

Below are photos of Hazelwood and Doneraile choirs who performed in Knock during the recent Cloyne Diocesan Pilgrimage to Knock. Our musical director was Mrs. Susan O’Keefe. 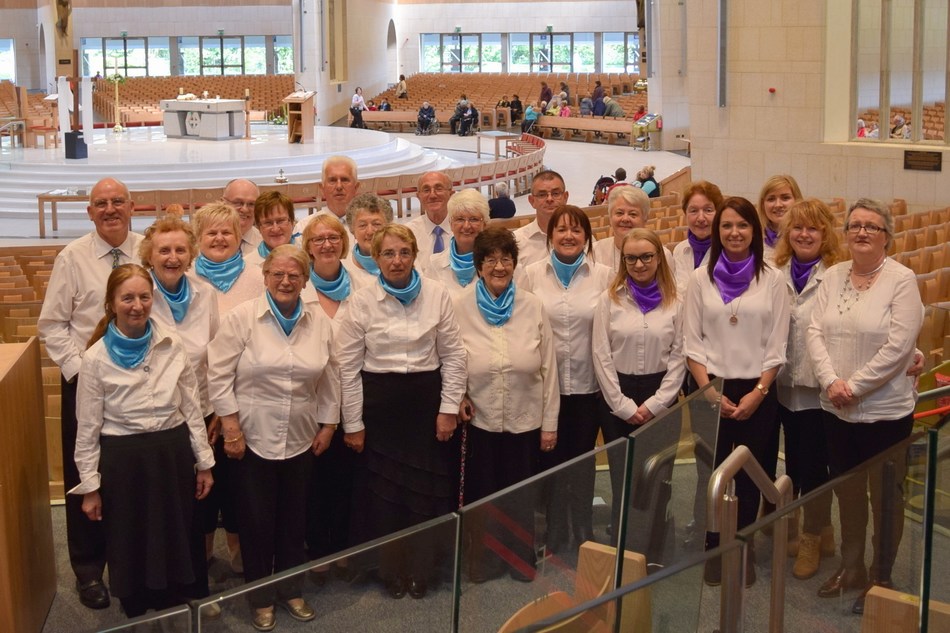 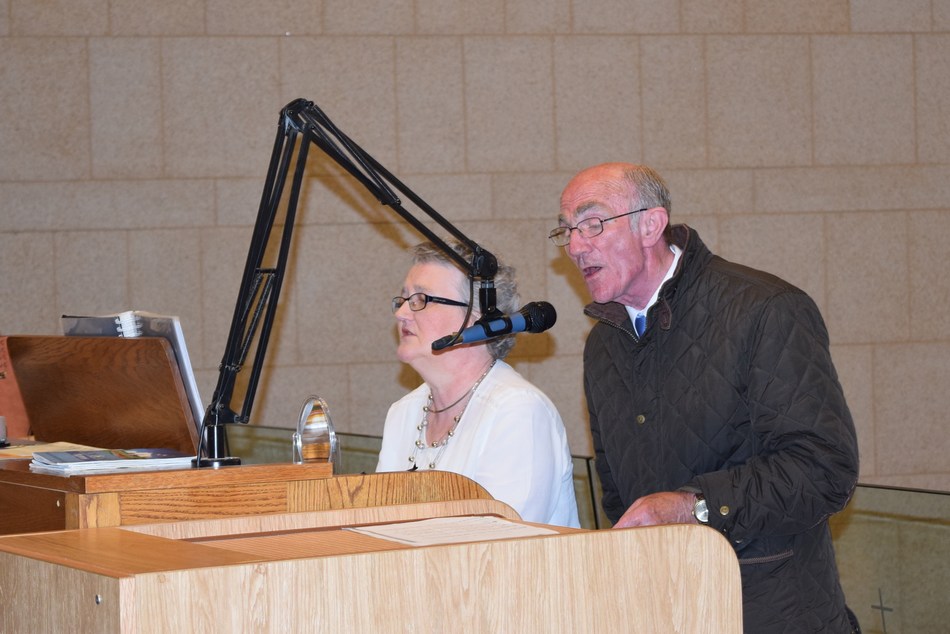 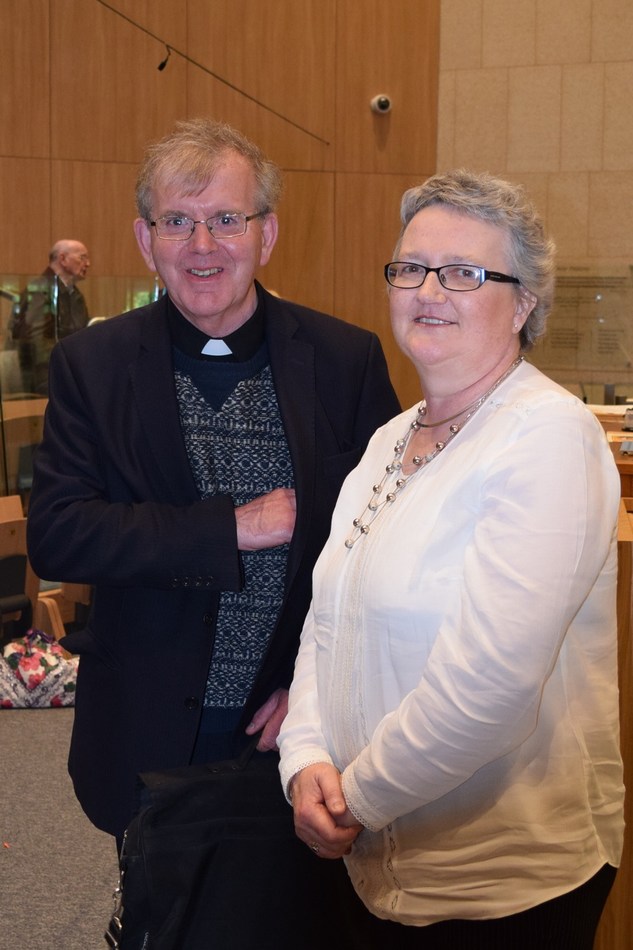 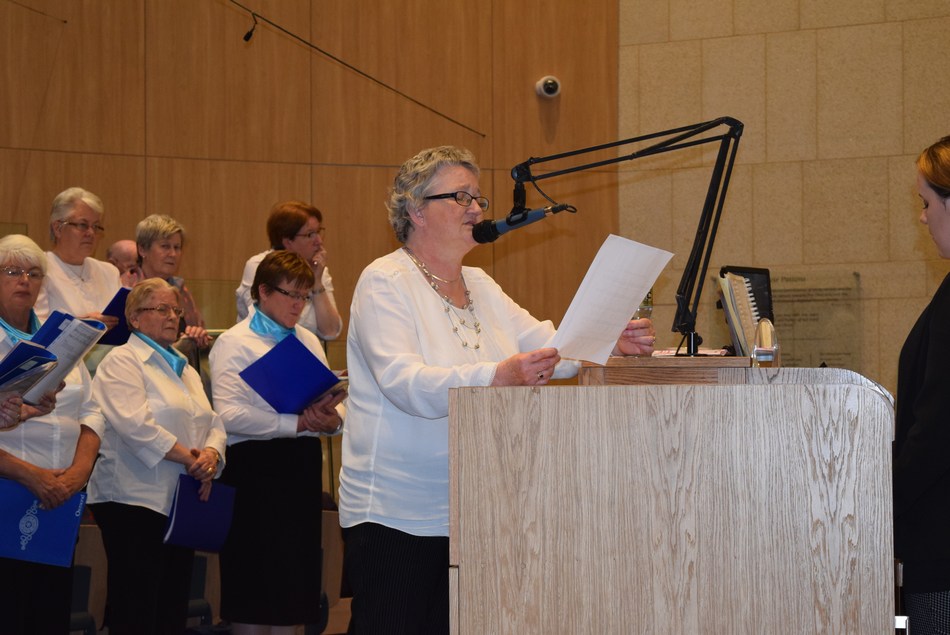 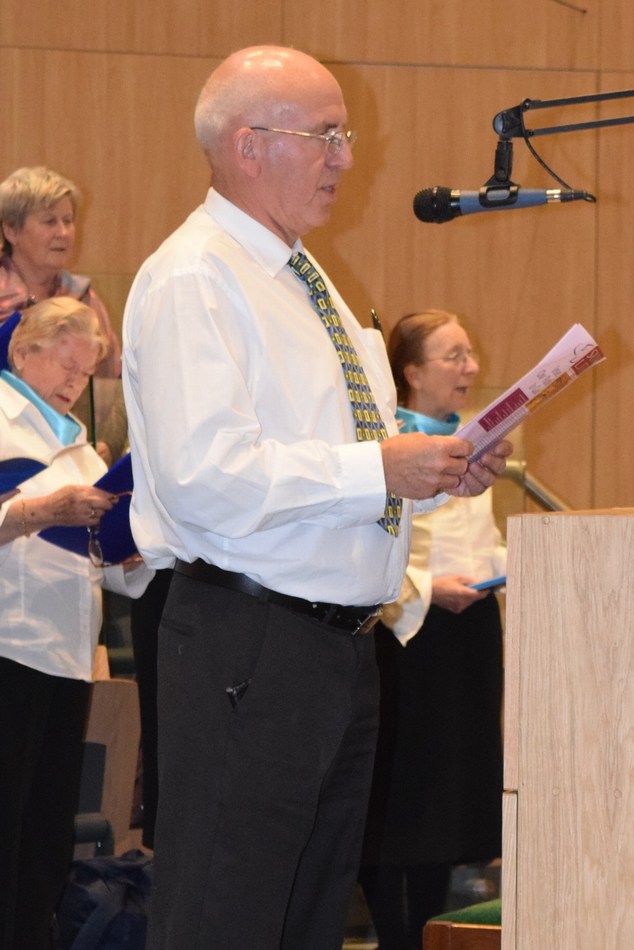 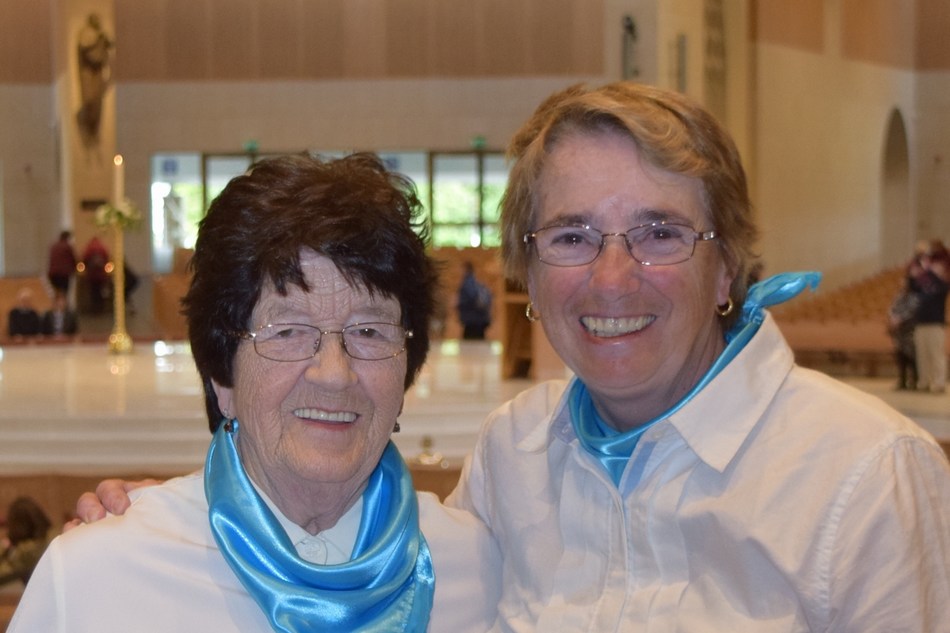 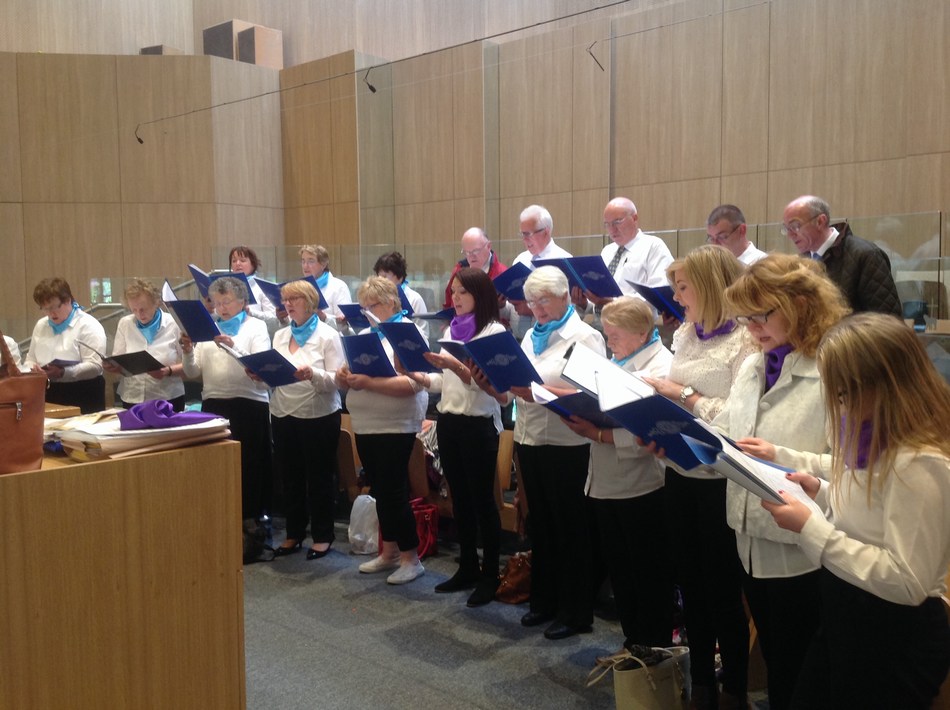